Sofiko as the emblem of Swan Lake: the synthesis between the grace of ballet and the disruptive energy of contemporary dance

Sofiko Nachkebiya was born in a small town in the former Soviet Union. She wanted to become a professional ballerina for as long as she can remember, and at the age of ten she moved to Moscow with her parents to try to make her dreams come true. In 2006, she graduated from the Bolshoi Ballet Academy. After her studies, she danced at the Russian Ballet Theater; for eight years she performed roles such as Snow White, Sleeping Beauty, and many other princesses. 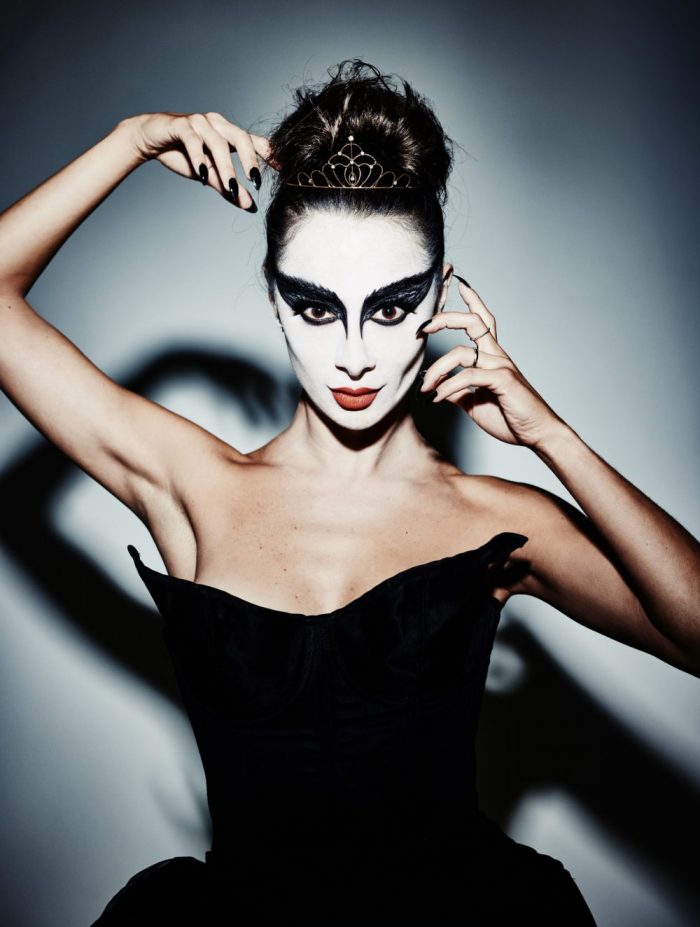 One day, in 2014, a delegation of Club Guy & Roni came to visit Moscow. When she saw them dance, she suddenly realised she didn’t want to be a princess anymore! She took a leap of faith, came to the Netherlands and traded in the traditional aesthetic of classical ballet for the raw and unpolished dance of Guy & Roni. According to her, it was the best decision of her life. 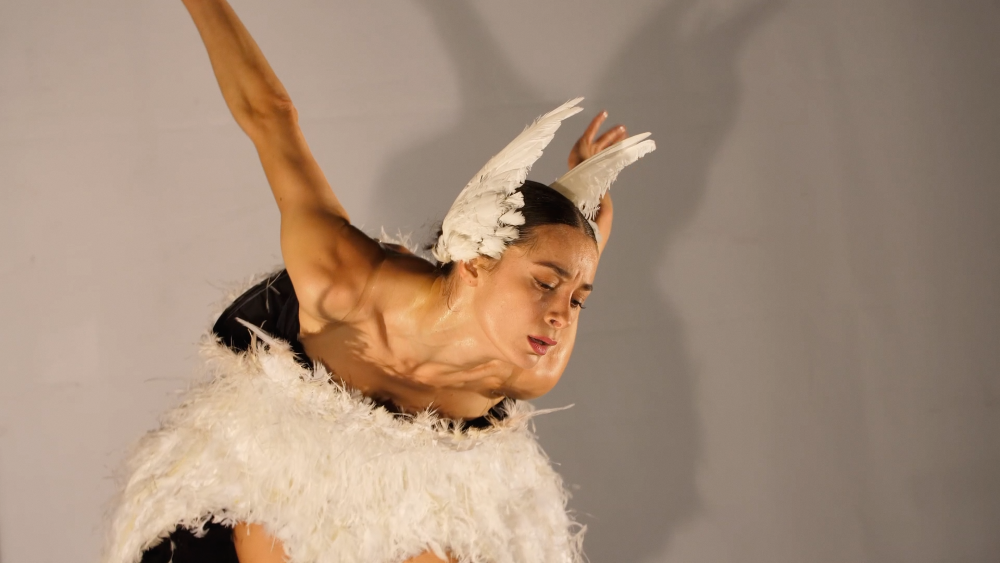 “We are not taking SWAN LAKE and just adjust it to modern dance, for me it is a different language”

Far from Russian stages and pointe shoes, Club Guy & Roni’s Swan Lake reinterprets the beloved classic from Sofiko’s past as a ballerina.

Not only does Sofiko Nachkebiya dance impressively in her dark, barely surviving ending, in Roni Haver’s choreography derived from the original dying swan; Nachkebiya also shows her talent in acting, accompanied by impressive live piano and synth. Exactly the interdisciplinary art that Weizman strives for.” – Dagblad van het Noorden ★★★★ 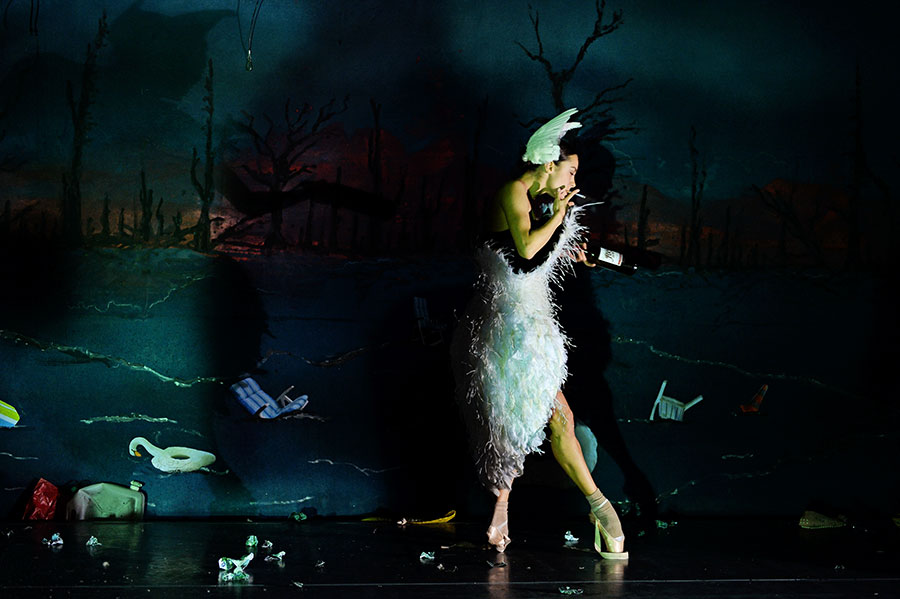 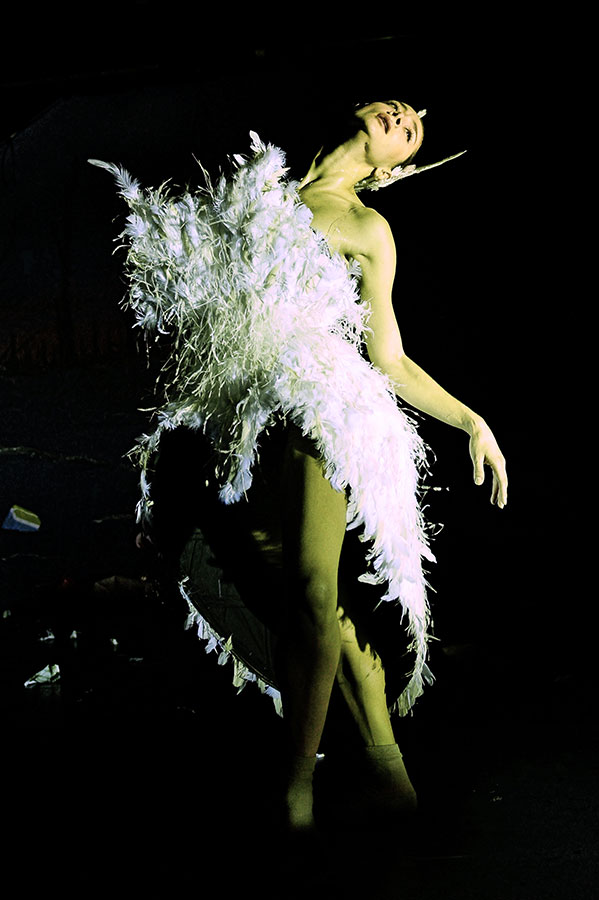 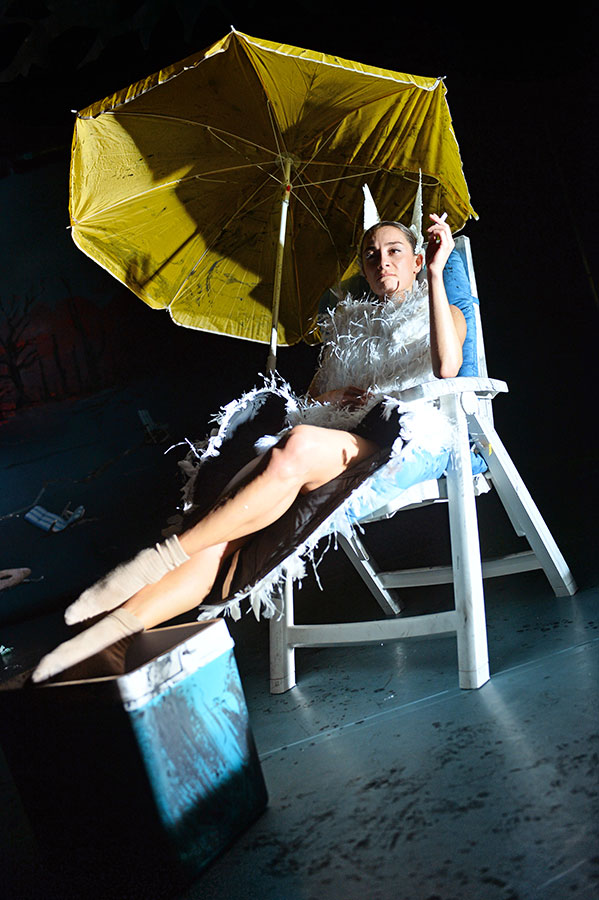