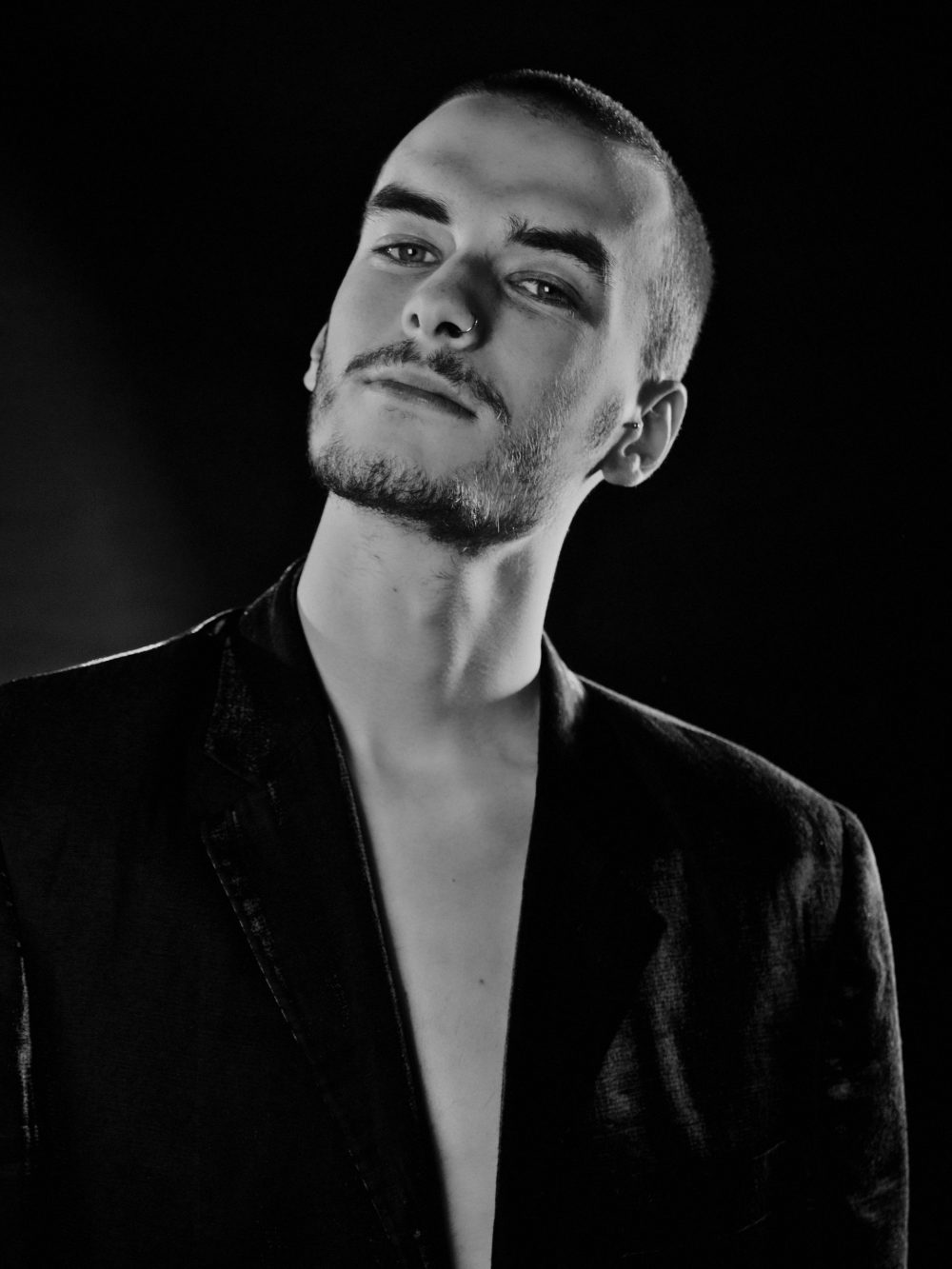 William English was born in 1999 in Brighton, England, at the time when Believe by Cher
and Toxic by Britney Spears were in the UK top 10. He was of the firm belief he was going to
grow up to be Spiderman, so he used to wear his Spiderman costume everywhere.

He started dancing at around 12 years old, inspired by Billy Elliot and a wanting to be a swan
in Matthew Bourne’s Swan Lake. (Funny that his first production is Swan Lake by Club Guy
& Roni instead.) At age eighteen he joined the Northern School of Contemporary Dance where he danced for
three years.

After his girlfriend told him about the Poetic Disasters Club, he looked up everything he
could find on the internet about PDC and Club Guy and Roni. It would be a great opportunity
to dance in mainland Europe, so he went to the audition and much to his surprise they chose
him: the shy kid who danced in the corner the entire time.

“This year I hope to learn more about who I am as a person and become more confident in
myself and abilities. Apart from still wanting to grow up to be Spiderman I hope to keep
dancing professionally for many years to come.”