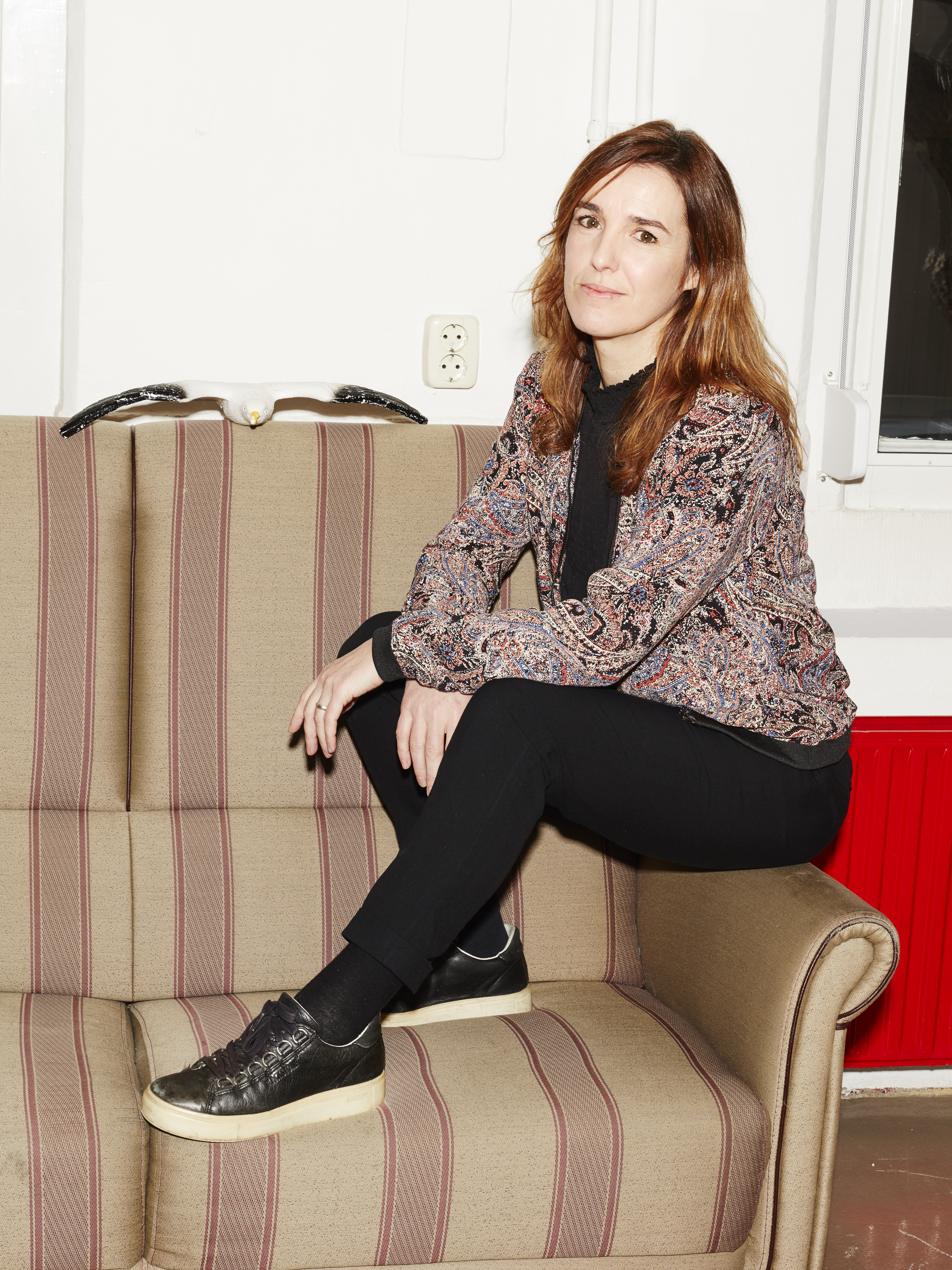 Flemish Veerle van Overloop (1969) has a fiery long-term relationship with the Noord Nederlands Toneel. She studied in Antwerp and at the Theater School in Arnhem. After graduating in 1994, she worked as an actress in various theater and production companies such as Ro Theater, Theater van het Oosten, ‘t Barre Land, and Frascati. In 2001, she fell in love with the Noord Nederlands Toneel. The affection was mutual, and she stayed on as a permanent company member. From 2009 onwards, she stood her ground as the only actor amidst the dancers in Club Guy & Roni. Since 2017, Veerle is once again part of the Noord Nederlands Toneel ensemble and has taken on some not-so-minor roles since then: she played the role of God in Salam in the form of a bartender.

She has also proven withThe Jungle Is Our House and One Million People and Me (a philosophical investigation into suicide in two parts) that she is able to direct and produce as well as act. Both of these were made out of her own production office called ShELFISH.

Veerle has also had success on the big screen: she acted in both the Oscar-winning film Antonia and the short film Clan.

“Veerle van Overloop, who is responsible for the concept, script, and voice, gives with every turn of phrase more insight into the motif of suicide”  – Theaterkrant about One Million People and Me