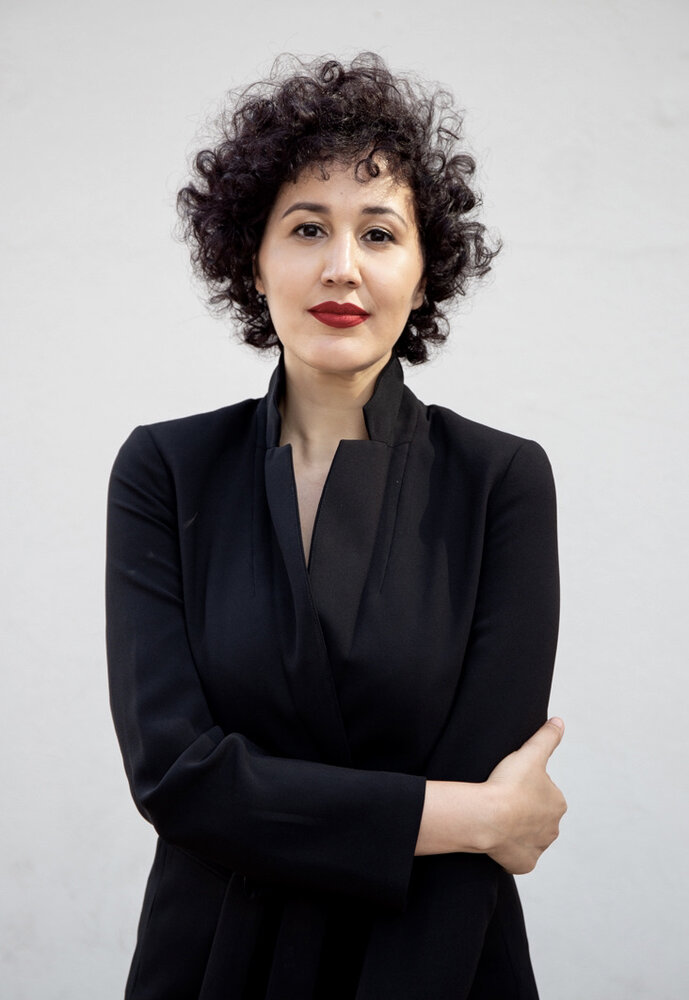 “The interdisciplinary character of this company and the innovative way in which it thinks, develops and works is a breath of fresh air for me in every respect and feels like coming home!” (Rajae El Mouhandiz)

Rajae El Mouhandiz (1979) is a Dutch-Moroccan-Algerian interdisciplinary performing artist, producer, curator and (policy) advisor. She studied classical music at the HKU and progressed to composition, song writing and singing. In 2005 she started her own label; Truthseeker records, which she transformed into Kahina Productions in 2015. In 2019, she launched Ellae Foundation, to continue realising artistic productions and to help close the gender and cultural gap in the arts & cultural sector. Over the years she released albums, a short documentary, did research, made (musical) theatre productions and conceived / curated the exhibition Modest Fashion: an international phenomenon in art & fashion.

Rajae is an Ariane de Rothschild Legacy Fellow and for the past 12 consecutive years she has been listed in the arts and culture section of the annual edition of the 500 most influential Muslims in the world.

El Mouhandiz will work as a curator and initiator of programmes at NITE Hotel, the online platform of Noord Nederlands Toneel + Club Guy & Roni.