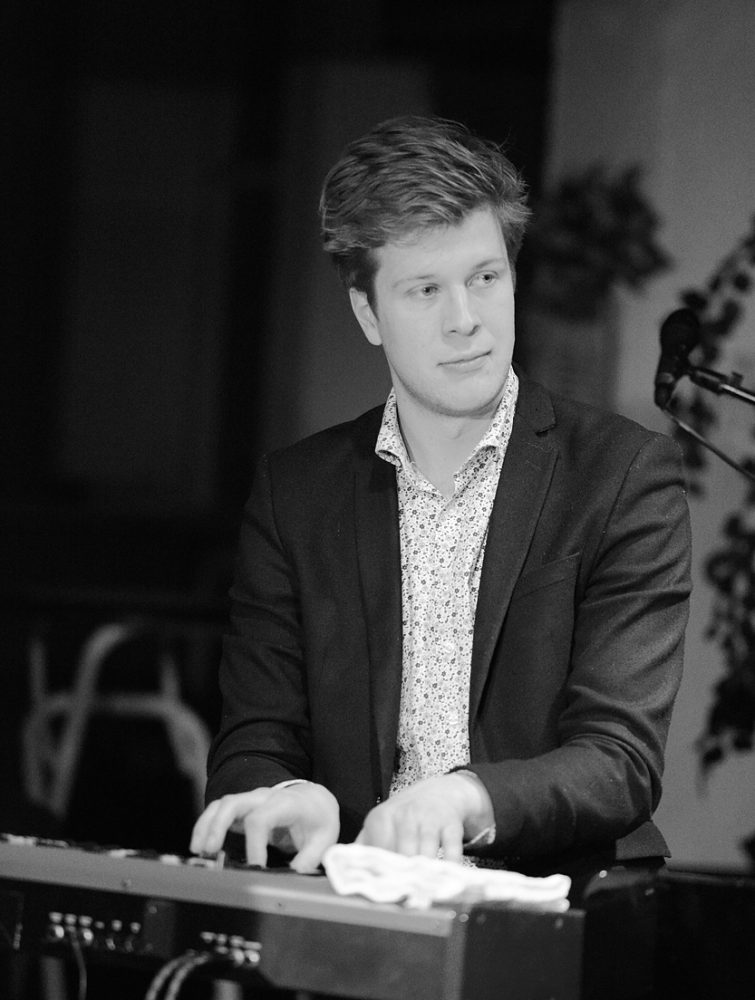 Jochem was born in Amsterdam in 1988 in a house full of (jazz) music. He was just a child when he was allowed to choose and play records.

No genre is too crazy for Jochem. Besides old, modern and contemporary Jazz, Jochem also feels at home in many other genres such as instant-composing, Brazilian (folk) music and the use of synthesisers. In his master he also investigated several parts of the Ars Subtilior (late-Medieval music). All these genres can be heard in Jochem’s performances, arrangements and compositions. As varied as his production are his multiple projects. For example, he has classical musicians and jazz musicians play together in his group ‘sQuare ensemble’, and he plays synths in the space disco band ‘Luchtman’.