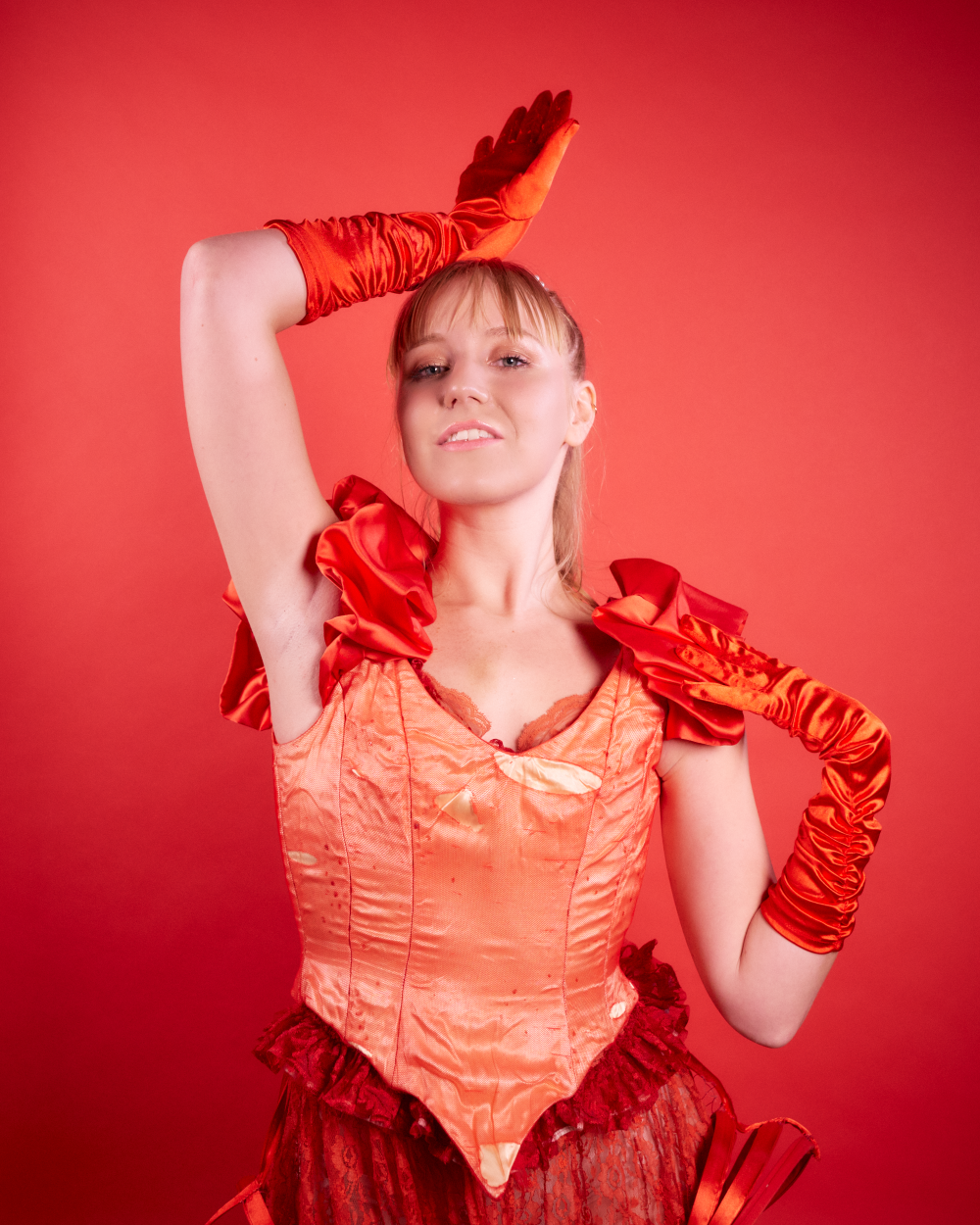 She isn’t bitchy – of course not – she’s just French! Don’t let her boy’s name confuse you; Axel is a girly girl – a Barbie with glitter in her blood who sees the world through rose-colored glasses.

From 2007 to 2017 she was educated at the École National Supérieure de Danse in Marseille. Over these ten years, she studied not only ballet and contemporary dance but also music, the history of dance, and anatomy for dancers. In 2016/2017, she danced in the Cannes Jeune Ballet as part of the Rosella Hightower school and worked with a diverse group of choreographers including Marius Petipa, Davide Bombana, George Balanchine, Angelin Preljocaj, Sidi Larbi Cherkaoui, and Olivier Dubois.

During a trip to the Netherlands, she watched the performance “Happiness” by Club Guy & Roni and had her socks knocked off by it. This was a company she wanted to belong to, even if it would require her to step out of her comfort zone. The first time she auditioned for the Poetic Disasters Club she was rejected, but obviously she didn’t just give up; perseverance and tenacity are two of her strongest character traits.